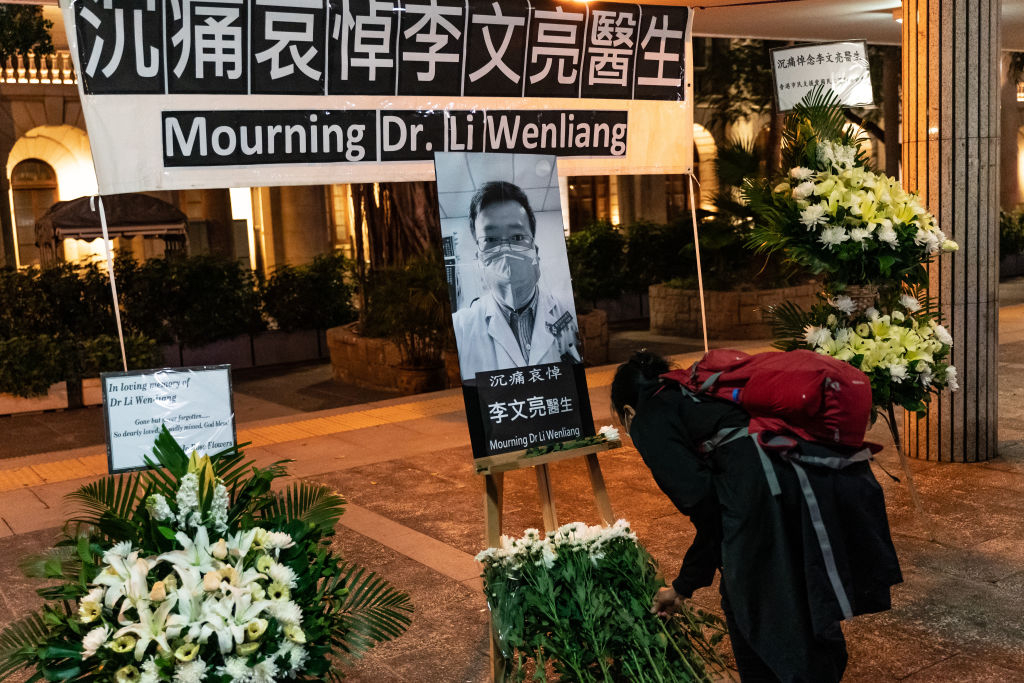 Dr. Li Wenliang, who died from coronavirus on February 7, had been reprimanded by the Chinese government, with seven other doctors, for warning of the outbreak in December. He was accused of “spreading false rumors” and “disrupting social order” and, for his brave efforts, was detained and interrogated. Pictured: A vigil to mourn Wenliang on February 7 in Hong Kong. (Photo by Anthony Kwan/Getty Images)

Three Chinese internet activists have disappeared and are believed to have been detained by police. They have reportedly been charged with preserving articles that were removed by China’s online censors. Chen Mei, Cai Wei and Cai’s girlfriend went missing on April 19.

Coronavirus: China’s Disappeared Heroes and the Silence of the West

A few days earlier, Beijing police formally arrested retired professor Chen Zhaozhi for “picking quarrels and provoking trouble” in a speech about the pandemic. The former Beijing University of Science and Technology professor had posted comments online, including that “Wuhan pneumonia is not a Chinese virus but Chinese Communist Party virus”. In addition, Wang Quanzhang, a Chinese human rights lawyer, who ended his prison sentence after more than four years for “subversion against the state”, immediately after leaving the penitentiary, was placed in “quarantine”, meaning under arrest.